Driving Lessons Cleckheaton is one of the best instructors and has been trained to give you a very professional service, yet a very enjoyable experience while you take Driving Lessons in Cleckheaton. Alan can offer you a course that will suit you. We will work around your schedule to fit you in when you are free.

Furthermore, Driving Lessons Cleckheaton have built up a great reputation and are proud to say that

we are better than the other Driving Schools in Cleckheaton. Alan is a friendly Driving Instructor in Cleckheaton and is very patient with all his pupils.

So Why Not Book Your Driving Lessons Today By Contact Me Through The Contact Us Form At The Bottom Of This Page or Just Click Here.

Automatic Driving Lessons Cleckheaton
Did you know that Automatic Driving Lessons Cleckheaton are rated one of the best driving instructors across Cleckheaton? because Alan offers the best training at an affordable price. Furthermore, an automatic car is slightly different to a manual car in that the driver does not need to change gear by themselves using a clutch pedal as with a manual car. An automatic gearbox does not have a left pedal/clutch pedal as a manual car does therefore when driving an automatic car the left foot does not need to be used at all.

An automatic car can be seen or believed to be easier to drive than a manual car.

Learning to drive in an automatic car is a popular choice for learners who find changing gear and using a clutch pedal difficult – which makes it a popular choice for the elderly learner or those with some restricting disability. We would normally recommend someone always try and learn in a manual car to first ‘test’ the suitability, then if they find the operation of the clutch or gear changes to be difficult then move to an automatic car.

Many people who simply need to learn in a very short period of time often start with automatic car driving lessons and driving licence in order to get themselves on the road with a full licence a little quicker than with gears and clutch.

an automatic car, so if you wish to drive a manual car you would need to take another driving test in a manual car.

The most common reasons for learning in an automatic car are:
Easier to learn
Less confidence in their ability to learn to drive
Learning to drive quicker and gaining a full licence faster
Shorter legs / struggling to reach or control pedals
Has been advised to try automatic by another driving school or instructor
Struggles or doesn’t understand clutch control
Struggles or doesn’t understand gears and/ or changing gear
Already owns an automatic car
Has some restricting disability
Learning to drive at an older age
Learn More At DVSA

What is the difference between a Manual & an Automatic car? 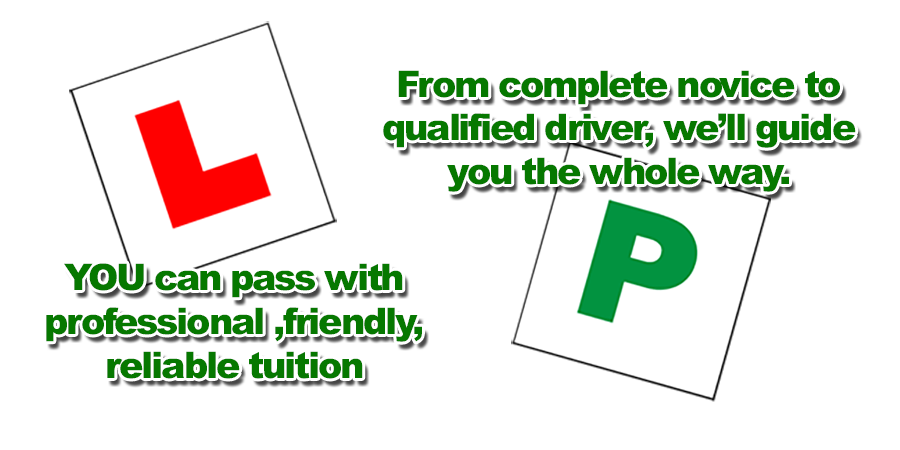 What is a transmission?

Manual Driving Lessons Cleckheaton wants to explain the difference between Manual and Automatic Driving Lessons. This is the mechanism by which the power is transmitted from an engine to the wheels of a motor vehicle. You’ll probably refer to it as the ‘gears’ or ‘gearbox’. A transmission is needed because there is a redline – a maximum revolution per minute (rpm) value – over which a car cannot go without exploding and narrow rpm gauges where horsepower (the power of the engine) and torque (the twisting force that causes rotation) are at their maximum. The transmission allows the gear ratio between the engine and the drive wheels to change as the car speeds up and slows down.

What is manual transmission?

This can also be known as stick-shift, stick, straight drive or standard transmission – in the UK it’s the gear-boxes we are most used to, the ones that require a pressed down the clutch pedal to change. These have several settings including first, second, third, fourth, fifth, sixth and reverse gears plus neutral position in the middle. However, the arrangement pattern for these settings can vary be depending how many gears you have and in the case of the reverse gear. Mostly they resemble a sort of ‘H’ format. In most cars, you should be able to select one of these gears at any time, as long as you hold the clutch down. In manual cars, you are shifting gears so that the engine can stay below the red line and near the rpm of its best performance – you know when this is because the car makes a grating or impatient sound.

What is automatic transmission?

Commonly abbreviated as AT, this is an automobile gearbox that can change gear ratios automatically as the vehicle moves. This means that the driver doesn’t have to do it manually. Look on most automatic cars and the ‘gear stick’ will have about four or five settings including parking, reverse, neutral and drive. Some models have manual overdrive but this is not often used. While some cars have continuously variable transmissions that allow them to move over a range rather than between set gear ratios. AT is very popular in the US – possibly because of the long straight roads and the desire to ‘cruise’ along with them. It has also been popular in Asia since the 1990’s. While UK drivers traditionally prefer manual cars, more AT cars are coming onto the market and being snapped up – Nissan, Toyota, Citroen, Honda, and Ford all do small affordable models that don’t mirror the cliché of the big, corporate automatic car. Some are even said to be more economical and better for the environment too.

Which one should I choose?

It really depends on you: how you like to drive, where you drive and for how long. An automatic transmission is said to be easier to operate as you don’t need to use both feet or have a ‘tree’ of gears but some say it’s not as satisfying to drive, especially on country roads. With a manual you may feel you have more control of the car, power, and purpose, moving up gears as you go faster. On the other hand, many city drivers prefer automatic as it can alleviate the tiredness and strain that can come from the constant shifting of the gear and clutch while waiting in traffic. However, automatic cars require more brake usage to avoid a car’s tendency to creep forwards. On fuel consumption, automatic cars are said to be less efficient as they require more power to operate. Automatic cars may also need more regular and complex servicing plus if the battery dies they are stuck – with a manual you can at least push start it.

Can I drive a manual car in the UK with an automatic licence?

Do be aware that if you pass your test in an automatic car then you will not be able to legally drive a manual car in the UK. If you take your test in a manual car then you can drive a manual or an automatic vehicle. This applies to drivers from other countries too. If you want the choice of both, you can always retake the test. Contact Manual Driving Lessons Cleckheaton Now for more information.

The official Gov.uk website only provides two practice theory tests; that’s often not enough to pass the actual driving theory test. To help you get all the practice you need, we have prepared 17 free mock theory tests and the DVLA Theory Test Simulator. Practise the same kind of questions you’ll be answering on the actual theory test: they’re based on the Highway Code manual, cover the same topics and use the same scoring system used by the Driver and Vehicle Standards Agency (DVSA). You’ll breeze through the real test when the big day comes.

THE CUSTOMER MUST COME FIRST.

Unlike other Driving Schools in Cleckheaton, we will help you to pass your practical driving test as soon as possible. We won’t tell you that you need lots more driving lessons when you don’t. Driving Lessons Cleckheaton aim to get you passed as quickly as possible.

Unlike other Driving Schools in Cleckheaton, we won’t keep you parked in Cleckheaton for a lengthy amount of time. We like to get you on the move as soon as we can.

When choosing your driving school please check to make sure you are getting a fully qualified driving instructor.

Please feel free to contact us for any further information or any questions that you may have.

We provide a first class service and will make sure you enjoy taking your driving lessons in Cleckheaton.

I passed my test this morning and it was like the best day of my life and that was all down to the best driving instructor in Batley.

Thanks Alan for everything. 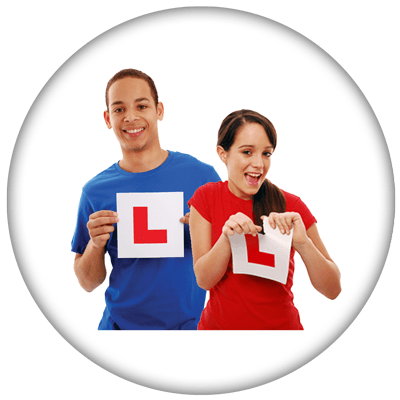